What is VoIP and how has it developed?

Kurth ElectronicFachwissenWhat is VoIP and how has it developed?

Whether private or professional, the telephone line is an important part within communication. Most users still know analogue telephony. This was later – in some countries – followed by ISDN and ISDN telephones. Nowadays, with the gradual switch-off of ISDN, calls are increasingly being made via the internet – this technology is called VoIP, Voice over IP.

This blogpost will answer the following questions, among others: How does VoIP telephony work? What are the possibilities of switching to the new technology? What does the digital switchover mean for my existing system?

1 The evolution from analogue to IP telephony

Fig. 1: VoIP scheme – the terminal devices are connected via the internet.

1.1 How did analogue telephony work?

The telecommunications network consists of copper pairs (twin wires, two-wire). For the transmission of analogue signals (voltage and current), an electrically conductive material such as copper must be used. To use an analogue connection, the twisted pair cable is made available to the user through a handover point. The user’s handover points can be a TAE connector or universal port unit socket to which the terminal device is connected. The terminal devices used are supplied with a voltage, usually 60 V, via the telecommunications network. The function of the call set-up depends on the terminal device and can be realised, among other things, by an electrical pulse dialling procedure or multi-frequency dialling procedure. With analogue telephony, the number of simultaneous calls is limited to a single call due to the technology. The connection of the participants is realised by a direct connection of the respective two wires to each other.

1.2 Which advantages did ISDN offer?

ISDN is the abbreviation for Integrated Services Digital Network. As the name suggests, ISDN is a digital network, specifically a digital telephone network, which has been prominently used in several European countries like Norway and Germany, but also in Japan and the US. Within this network, it was possible for the first time to use several services in parallel, thus increasing the capability of analogue networks. With a regular ISDN connection either two calls or one call and another service, such as fax or internet, can be performed simultaneously. Several telephone numbers (up to a maximum of ten) can also be assigned to respective telephones. Since it was the first digital network, the voice information of a telephone call is no longer transmitted in analogue form but is converted into digital packets. Digital transmission brings with it numerous quality improvements. Digital signals can be transmitted with less information loss. In addition, the signals can be refreshed during transmission. This significantly improves the audio quality from ISDN compared to analogue as transmission length increases.

VoIP (Voice over IP) is a digital voice transmission via the internet. The classic “switching through” where telephones need to be directly linked is no longer necessary, because of the connection being digital, as the connection of the participants is handled via the internet protocol. The VoIP telephone converts analogue speech into digital packets. The latter are transmitted via the internet to the destination address. The telephone at the destination address receives digital packets and converts them back into analogue speech. This process is shown in Figure 2. For the user of the telephone, the handling stays the same. As usual, the user dials the telephone number of the desired subscriber and waits for the connection.

2 How does telephoning via VoIP work?

After the description of the evolution of telephony, other important details of VoIP are now considered. The following block specifically describes the digital conversion of speech into packets and the integration of VoIP terminals into the network.

2.1 What does digital conversion mean? 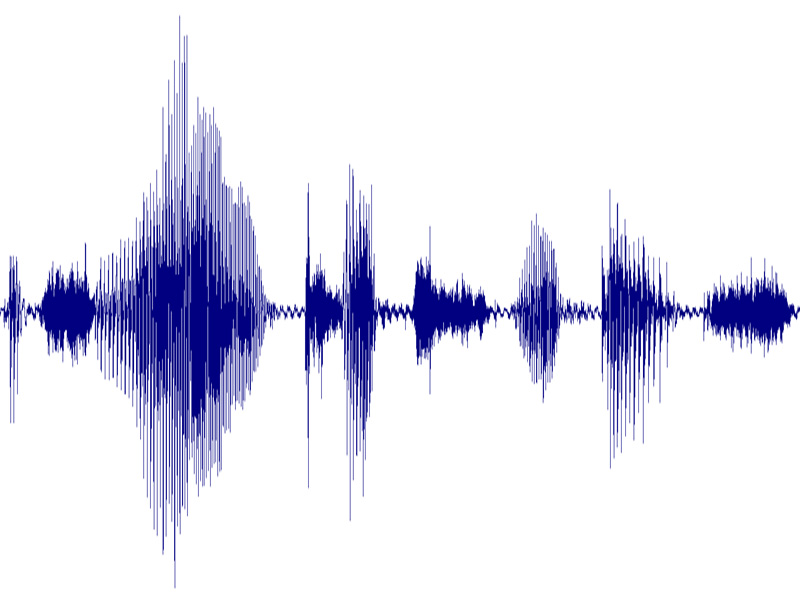 Fig. 3: Speech signal of a short sentence
Graphic from the media portal of the Siemens Foundation under the CC BY-SA 4.0 international licence

Fig. 4: Different sampling rates of an analogue signal
Illustration by Wdwd under the CC BY-SA 3.0 licence

The curve of an analogue speech signal consists of highs and lows. When converting analogue speech into a digital signal, a so-called sampling is used. In this process, the waveform of the speech signal is sampled piece by piece and converted into individual data points called samples. The quality of the speech signal is directly dependent on the sampling rate: fewer samples lead to a lower sound quality with less natural sound. In return, however, this automatically means that the finer the sampling rate and the higher the resolution, the better the speech quality, but the larger the data volume.

Fig. 5: VoIP encapsulation
Based on an Illuatration by Florian Roth under the GNU Free Documentation Licence

To reduce this problem, the data packets can be encoded by a codec and thus reduced in size. The codec (COder/DECoder) determines how the analogue signals are converted into digital signals and vice versa. The terminal on the other end decodes the packets with the same codec. The speech quality can thus be kept as good as possible. A similar principle is used, for example, with audio files in MP3 format. This process is also called encapsulation and is shown in Figure 5. The data packets are then exchanged between the two end devices via the addressed IP, for example in UDP (User Datagram Protocol) or RTP (Real-Time Transport Protocol) format.

2.2 How do the IP telephones reach each other? Where are they registered?

In order for both end devices to find each other within the digital data traffic, each participating device needs its own user ID. With this, the end devices register on a so-called registrar server. As soon as a call is made, the specific user ID is resolved by the registrar into an IP address and then a connection is established via the network.

Different protocols can be used for the connection between two devices. One of the best known protocols for VoIP telephony is SIP (Session Initiation Protocol). The use of SIP enables the manufacturer-independent connection of devices. The device identification is realised via a SIP address, which is structured similar to an e-mail address, such as 11223344@example.com. This also means, that the link between an IP address and the SIP identity (aka phone or call number) takes place when the device (phone) registers with a SIP server. A direct connection between the terminals takes place ideally in real time, but there will always be some delay.

SIP is a communication model. Communication models are fundamentally based on the so-called OSI layer model Communication between systems can be described on this basis.
The model consists of 7 hierarchically structured layers, whereby within each layer specific tasks is described as can be seen in Figure 7. Thus, adaptation to different systems is possible without affecting the individual layers.

3 What exactly is needed for VoIP?

While VoIP offers many advantages over classic analogue telephony, there are some basic requirements that must be met to ensure smooth communication.

3.1 What internet speed is necessary?

The bandwidth required per call depends on the codec used and the desired quality of the call. The required bandwidth is usually between 12 and 100 kBit/s. With a bandwidth of 100 kBit/s, the call is transmitted in HD quality. When looking at the bandwidths, it is important to look at both the download and the upload. Data transmission takes place in both directions. The amount of data required is small in the area of private data use, but in the case of a company, the calls made in parallel naturally add up. In most cases, the internet connections are asynchronous. The download rate is many times higher than the upload rate. With parallel VoIP telephone calls, the upload could therefore become a bottleneck.


Table 2: Calculation of the required bandwidth for multiple VoIP subscribers

For a small company with, for example, 20 employees who could make phone calls in parallel, a bandwidth of about 2 Mbit/s is required, as shown in Table 2. With a maximum upload of 2.4 Mbit/s, the utilisation of the upload bandwidth would already be significant. Accordingly, when using VoIP, attention should always be paid to the performance of the existing internet connection.

The digitalisation of the call set-up brings many advantages in terms of access. Basically, only an internet connection is necessary. Whether it is DSL, cable or a mobile phone standard, does not matter. Access can then be made, for example, via a computer, a telephone system or a router. The terminal device logs onto the registrar and is reachable through VoIP/SIP from that point on.

VoIP has largely replaced classic analogue telephony. Instead of establishing a physical connection between the telephones, the internet is used for data transmission. Special audio codecs ensure good call quality while keeping the necessary data rate as low as possible.